Eben Bayer is a product designer and founder of Ecovative, which grows fungus-based construction and packaging material that protects fragile shipments as well as the environment. Eben uses mycelium to create a new class of “Myco” materials, which perform a lot like plastics during their use, but are made from crop waste and are compostable at the end of their life cycle.

Synthetic materials like plastics require a large amount of energy to create, and being non-biodegradable are poisoning the planet. By using mycelium, the root structure of mushrooms, Eben grows materials with many of the same properties of conventional synthetics, without the damage.

Mycelium is a self-assembling material that uses what’s usually considered waste, like husks or woody biomass, to transorm it into a chitinous polymer, which can be shaped into almost any form. By using mycelium as a glue, Eben can easily mold things like it’s done in the plastic industry, creating materials with many different properties: insulation, fire-resistance, moisture-resistance, vapor-resistance, and impact absorbing.

The Myco Board is designed as an alternative to plywood, particleboard, and fiberboard, and is used for furniture components and work surfaces. It’s compatible with existing presses and uses natural resins to bind particles together, rather than glue and harmful resins. 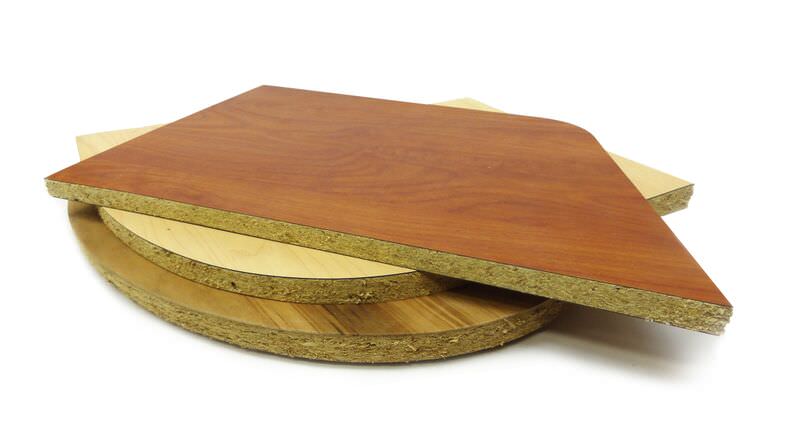 The Myco Foam is meant to replace plastic foams like Styrofoam. It’s used to make the Mushroom® Packaging – protective packaging products that are already used by companies like Dell and Stanhope Seta. Mushroom Insulation and acoustics, core materials, and aquatic products are currently under development. 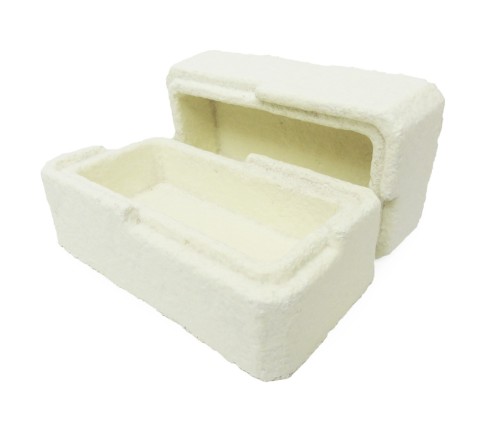 These materials are grown from agricultural byproducts, instead of petroleum, and being made from natural materials, they are fully compostable. There are four basic steps required to make these materials:

The vision is to have local manufacturing for production, similar to the local food movement. There are formulations for areas around the world to use regional byproducts that are processed with basic equipment. If you’re in Northern Europe or North America, you can use buckwheat husks or oat hulls. If you’re in China, you can use a rice husk or a cottonseed hull.

There are three key principles used to guide design of better materials.

“Nature provides us with a really good model here. When a tree’s done using its leaves at the end of the season, its solar collectors, it’s amazing molecular photon capturing devices, it just drops them, the shortest distance possible, to the forest floor, where they’re actually up-cycled into next year’s topsoil.”

Mycelium has local open feedstocks that can be replaced with multiple options. It’s self-assembling, so the organism is actually doing most of the work in the process. This allows for many small facilities spread all across the world. It has a very high biological yield, with 100 percent of what’s put into the system becoming the final product, where even undigested parts becoming part of the structure.

Eben has a neat way of summing up this process: “Natural polymers have been tried and tested in our ecosystem for the last billion years, in everything from mushrooms to crustaceans. They’re not going to clog up Earth’s ecosystems.”

You can watch Eben make his presentation at a TED conference:

You can also try out the technique with this Grow It Yourself Kit. These are the instructions provided with the Mushroom® Material. 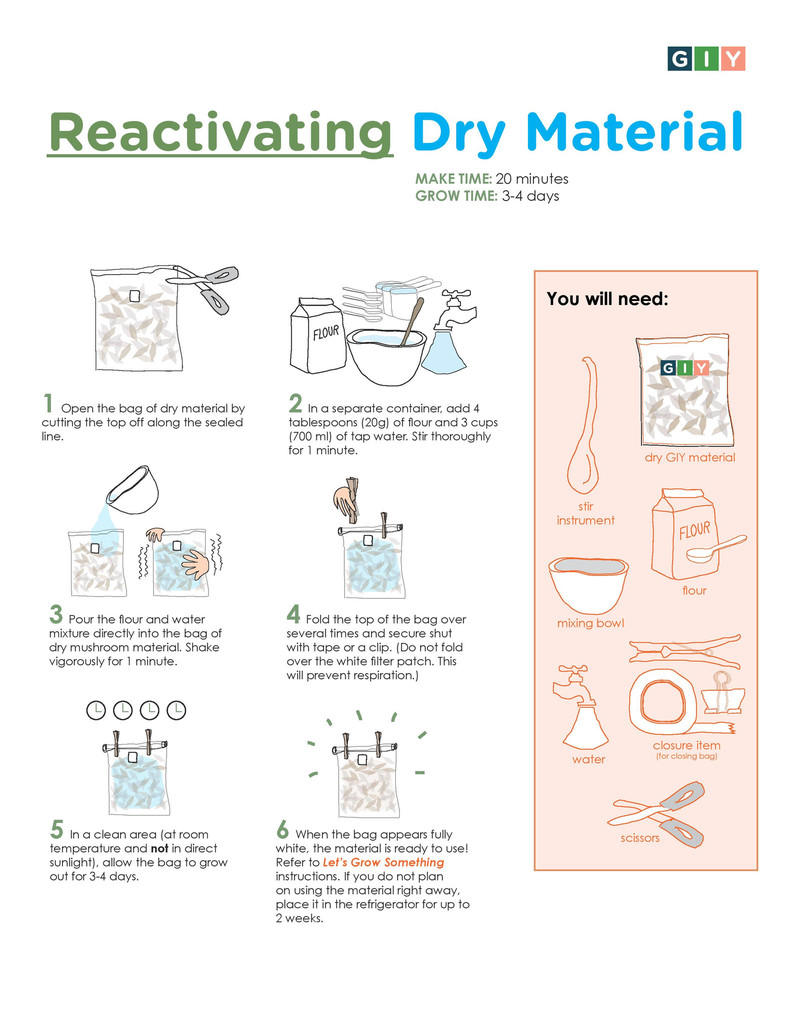 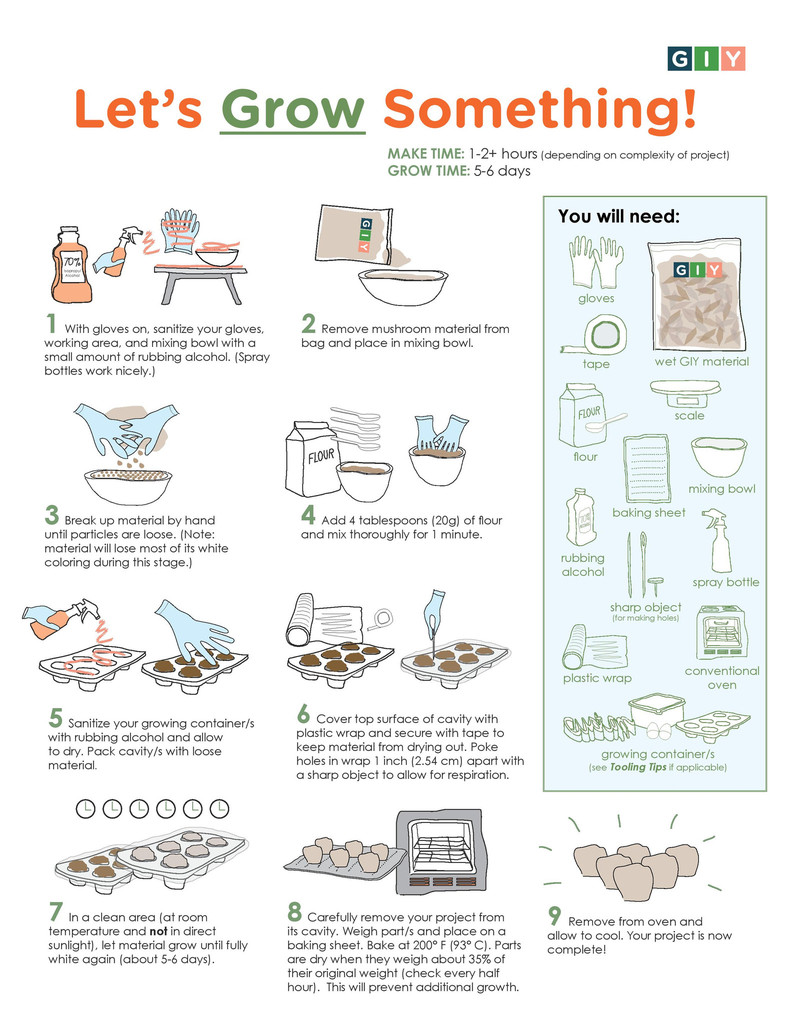